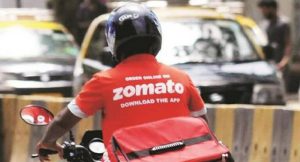 Shares of Zomato plunged to Rs 82.15 on the BSE in Tuesday’s intra-day trade on the back of heavy volume following reports that the Competition Commission (CCI) on Monday ordered a detailed probe against food delivery platforms, Zomato and Swiggy, for alleged unfair business practices with respect to their dealings with restaurant partners.

The counter witnessed a huge trading volume of around 9 million shares on the NSE and BSE in the first half-an-hour of trade. At 09:47 am; Zomato was down 3 percent at Rs 83.80, as against a 0.5 percent decline on the S&P BSE Sensex.

According to a PTI report, the CCI order comes months after the National Restaurant Association of India (NRAI) asked the CCI to investigate the companies for breaching platform neutrality by providing priority to exclusive contractors.

The regulator said that “prima facie there exists a conflict of interest situation, warranting a detailed scrutiny into its impact on the overall competition between the RPs vis-à-vis the private brands/entities which the platforms may be incentivized to favor”.

In the past three months, Zomato has underperformed the market by falling nearly 40 percent, as compared to a 0.4 percent rise on the S&P BSE Sensex.

Zomato is India’s leading food tech company, with around 50 percent market share. It started off as a restaurant search-and-discovery platform-, but then ventured into food delivery. Zomato also has a dining-out business, subscription business Pro, and B2B grocery Hyper pure.

Analyst at JP Morgan has an ‘overweight’ rating on the stock for four reasons. The brokerage firm expects Average Order Value (AOV) to be sustainable in the medium term as it has a low proportion of premium restaurants.