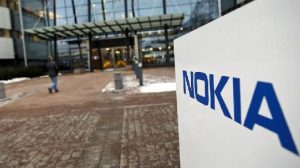 Telecom gear maker Nokia on Thursday reported a 15 per cent decline in India sales to 250 million euro (about Rs 2,113 crore) in the December 2021 quarter.

The company had recorded net sales of 294 million euro a year ago.

On a constant currency basis, the sales of Nokia declined by 19 per cent during the reported quarter on a year-on-year basis and annual revenue increased by 13 per cent.

“From a regional perspective, (net sales in) North America, Asia Pacific, Greater China and India declined on a constant currency basis. This was partly offset by increases in Europe, the Middle East and Africa and Latin America.

Net sales in North America decreased 12 per cent on a constant currency basis, primarily due to Mobile Networks, partly offset by growth in network infrastructure. The decline in the Asia Pacific was primarily driven by mobile networks,” the company said in a release.

Nokia’s global business was adversely impacted due to the supply chain constraints and lower sales of equipment for mobile networks, particularly in Asia.

“The decline in mobile networks net sales reflected less pronounced seasonality in the fourth quarter, as expected, with lower net sales in both radio access products, as well as services. Additionally, net sales were impacted by supply chain constraints,” Nokia said in the release.

The 13 per cent fall in the mobile networks division was largely offset by network infrastructure business, which increased 14 per cent during the reported quarter.

Nokia’s global profit during the reported quarter declined by 7 per cent to 731 million euro from 784 million euro a year ago.

On a constant currency basis, its net sales increased 3 per cent in 2021.